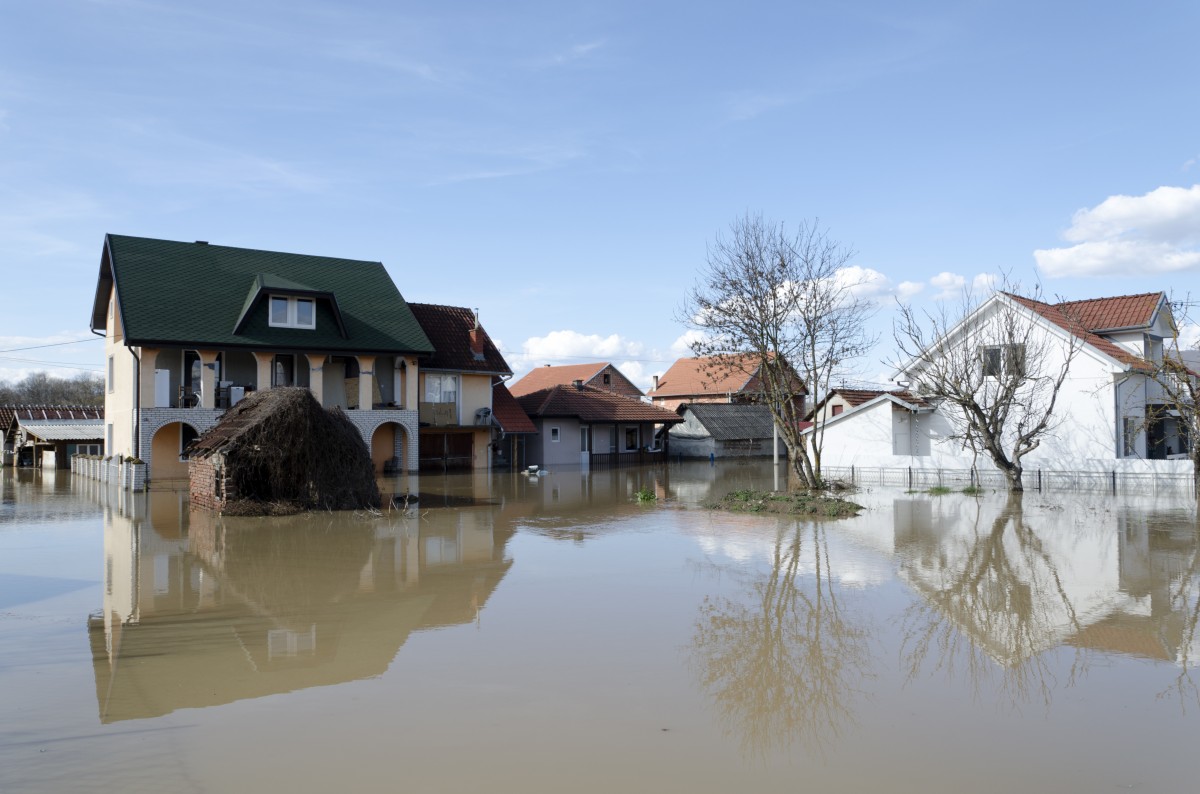 The federal government declared 17 major flood disasters in 2016, through June alone. Flooding takes place when vast areas of land are struck with an abundance of water or mudflow. And, as we’ve seen in the past decade, the risk of flooding isn’t confined to geographic location. Weather patterns, environmental changes and community developments each play a role in how flooding affects our household.

As the most common natural disaster in the United States, you’d be surprised to learn that only 12 percent of American homeowners have a flood insurance policy (Insurance Information Institute 2016). From levees and dams to tropical storms and snowmelt, flooding is truly unpredictable — and damages countless properties each year.

As we’ve seen in the news, just a few inches of water can cost families thousands of dollars in damage. According to the National Flood Insurance Program (NFIP), the average flood claim for residents between 2011 and 2015 reached a near $43,000. Are you able to pay that at the drop of a dime?

25 percent or more business fail to reopen after floods. The average commercial flood claim between 2011 and 2015 was over $90,000 (NFIP). Between the loss of office space, resources and productivity, it’s important to have flood insurance there to protect you financial loss.

Floods may be unpredictable, but the Federal Emergency Management Agency (FEMA) has created a Flood Insurance Rate Map to show areas of high-risk, moderate and low risk. Lenders often use them to determine flood insurance requirements while the FEMA uses them to determine rates.

Just remember, though. Every region is susceptible to flooding. In fact, 20 percent of all National Flood Insurance Program claims are outside mapped high-risk areas, accounting for one-third of Federal disaster assistance for flooding.

At the end of the day, it’s about protecting yourself, your family and your financial future. In 2015, Oklahoma is ranked as the 6th highest state with 561 flood claims. With unpredictable weather such as ours, it’s critical that you have the right coverage where you need it — and that’s where Garner Insurance can help.

Our team works on your behalf, searching out the best value for your insurance dollars that you might not find on your own. We believe your experience should be as personalized as your plan. The utmost quality is our promise to you.